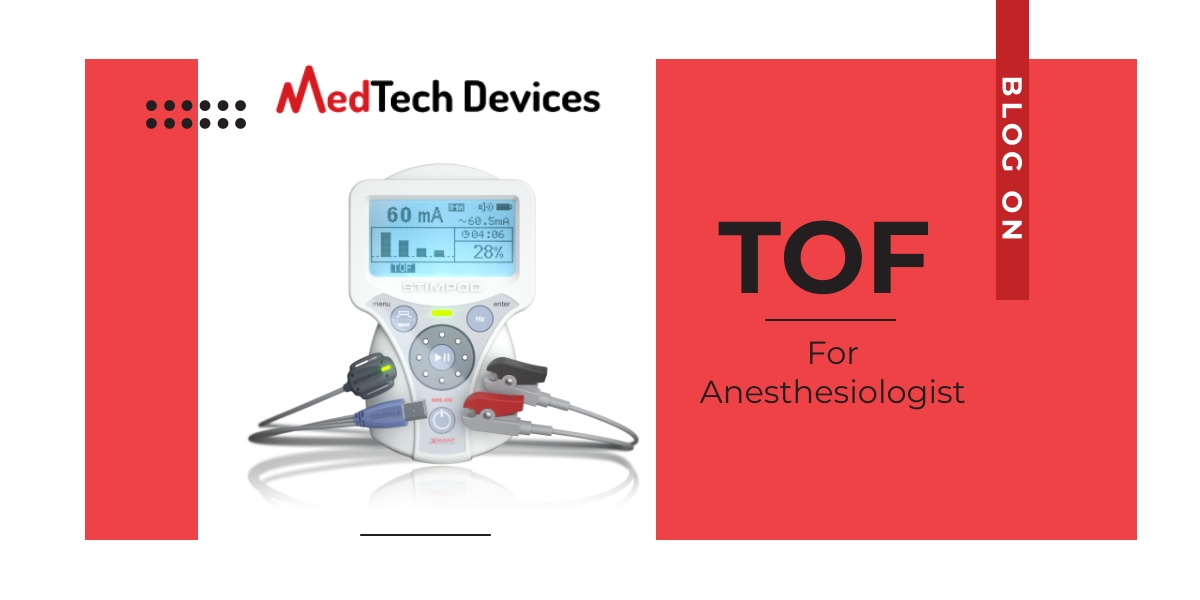 What is TOF monitor?

At a time when NMBAs (Neuromuscular Blocking Agents) are provided to block musculoskeletal
activities then a TOF monitor (Train of Four monitor) is used as a peripheral nervous stimulator. It
assesses neuromuscular transmission in the entire process.

Monitoring Train of Four during Surgery

From an anaesthesiologist’s perspective there are multiple benefits of having a monitor of surgical
neurophysiologist at the time of a surgery. One of the benefits is that the monitor measures
muscular relaxation or train of four monitoring more preciously. Depending on different kinds of
surgeries, we make the patient either not to move at all or to regain a certain amount of muscular
activities.

Making Sense of Train of Four and Twitches

In order to execute this TOF test, a CMAP is needed to be collected before any kinds of muscle
reluctant are given. There are a number of cases where no muscle reluctant is needed. However, this
technique is excluded in a number of cases, where an upfront dose is given for the anaesthesia to
manage the breathing tube.

In this way of conducting neuro muscular monitoring you are comparing the amplitude height of the
first response of the TOF and the first response resulted after giving muscle reluctant in any TOF.

A number of authors have suggested that while using the T4:t1 ratio for the purpose of pedicle
screw simulation, a ratio greater than 80% will bring forward optimal results. There are also a few
authors who suggest that only two twitches are needed out of the four, however, most of the
members of the neuro monitoring community do not well accept this advice.

A number of different patterns can be seen if you are able to use both T1 amplitude and T1 baseline
along with the T1:T4 ratio.

Visual inspection or palpation for twitches:

A very basic estimation of what amount of muscle relaxation is still happening is made by looking at
palpating the muscle or the hand while in a supramaximal situation. A similar deduction can be
made if a train of four is run without the T1 baseline measure or the T1:T4 ratio. In cases like this, it
is generally said that there are two twitches in number.

However, when the TOF ratio is greater than 0.4, the visual examination of muscle response is not
reliable.

About MedTech Devices
MedTech Devices is located in Vadodara and Mumbai and is a company based on knowledge. It specialises in offering various medical facilities.